The 10 Most Popular Sushi Restaurants in Seattle

Some of the freshest sushi in the nation is just a few clicks away. 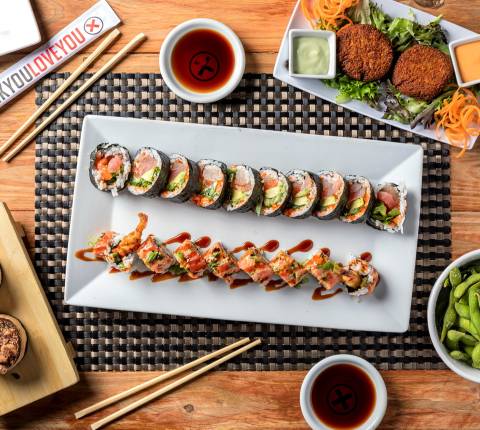 You can find decent sushi all over the country, but when you want the very finest, head to a port city like Seattle. Located on the Puget Sound and renowned for its Pike Place Fish Market, Seattle has a steady stream of fresh fish arriving in town nearly every day. Some of the best West Coast oysters, along with salmon, trout, albacore tuna, halibut, and much more, come through Pike Place on their way to seafood restaurants and sushi spots all over town. We’ve rounded up the ten best sushi restaurants in Seattle on Caviar, all of which are ready when you are. Refer back to this list the next time you’re in the mood for seafood served at its absolute freshest.

The Mercer Street branch of this popular Seattle sushi restaurant group is terrific any time, but it especially shines late at night. They deliver their sought-after Dragon Rolls with snow crab, eel, avocado, and cucumber until 2 a.m. — along with almost everything else on the menu. Create a spread of bento boxes (teriyaki chicken or katsu pork), tonkotsu ramen, and vegetable tempura, along with sake and matcha tiramisu or layered crepe cake.

You can count on excellence at this Ballard sushi and izakaya spot. Before you pick your favorite raw fish selections, choose something from the izakaya menu, like the takoyaki (octopus tempura dumplings), or the hamachi kama (fried yellowtail collar). They serve nigiri and sashimi along with all kinds of rolls. The Honey Roll with jumbo shrimp tempura, avocado, chili sauce, cucumber, seared salmon, honey, and spicy mayo strikes just the right flavor balance.

Our friends over at The Infatuation are also fans of Moontree, naming this Queen Anne restaurant one of the best in Seattle. Founded in 2015, Moontree has chirashi bowls overflowing with sashimi and tamago, bento boxes (beef short ribs, fried chicken karaage), and sushi plates. The spicy tuna in any format (especially the Irish Spicy Tuna roll with crunchy potato) is a standout. The kimchi fried rice with Spam checks every umami box on our lists.

Powered by the forces behind Momiji and Umi Sake House, Matsu opened its doors in 2019. Contemporary and traditional Japanese techniques are applied to each of the dishes at this Pioneer Square gem, resulting in an elevated dining experience, whether that’s at the restaurant or right in your home. The hot dishes span the gamut between carnivorous and veggie-centric, as do the rolls. Try the Green Decadence roll with asparagus and green onion tempura topped with avocado, cherry tomatoes, and sweet aioli. You won’t even miss the fish.

They’re all about fresh fish fast (and inexpensive!) at Yo Zushi on Capitol Hill. Sushi bowls and rolls (including hand rolls and a half-dozen kinds of fried sushi) make up the better part of the menu, but there is also a long selection of appetizers (salads, dumplings) and entrees, including fried rice chicken, udon, and ramen. The prices and the portions across the board are geared toward hungry diners looking for a bargain.

Domo Sushi in Gig Harbor has all your sushi faves — including vegetarian options and a number of tempura rolls — but they also serve Korean and Chinese cuisine classics (not that you’d know it from the name!). Bulgogi and orange chicken are served alongside nigiri, sashimi, and sushi combos. The kids’ menu is equally eclectic, including sweet & sour chicken, beef teriyaki, and fish & chips — all served with both rice and fries. Whatever culinary road you choose, be sure to order the Monkey Brain appetizer that’s much tastier than the name implies — a battered and fried mushroom filled with cream cheese, crab meat, and salmon.

Sushi Kadasai, the local micro-chain of fast-casual sushi spots in Seattle, is known for sushi on the go, and they run a professional operation. This is the place to order quality sushi and other Japanese favorites, made with the speed and efficiency of your favorite fast-food spot. The rolls here are big on imagination (the Prince Dragon with unagi and shrimp tempura, for example) and the combos in many sushi iterations (spicy tuna plate, 60-piece vegetarian platter) deliver on value as well as taste.

Owner Phillip Yin opened Musashi Newsroom in Ballard in the fall of 2020 with a compact sushi menu consisting of four parts: basic rolls, baked rolls, premium rolls, and sides. You can guess the basics (spicy tuna, California roll, albacore). The baked rolls come in hot, literally torched, like the Firecracker with salmon, cream cheese, avocado, spicy mayo, and Sriracha. The premium rolls include the Gigantor, with hard seared salmon, jalapeño, and avocado. The wee menu of sides has just one: miso soup.

The name is a dead giveaway that they do more than sushi at Happy Teriyaki. But like their teriyaki selections, they do sushi with an eye toward excellence. Nigiri and sashimi options abound, and they offer an entire suite of shrimp tempura-centric rolls along with classic rolls, sushi burritos, and poke bowls. The bento box is a superb way to sample a variety.

A bit further inland but still close enough to enjoy the spoils of the sound, Tokyo Monster Sushi has everything we love in a sushi spot, with the bonus of pan-Asian fare. Make a statement with the Sushi Boat or the Love Boat — large-format selections that are great for a group or a hungry duo, respectively. The Hawaiian roll with fresh tuna, salmon, avocado, mango, and masago tastes like summer but is available all year long. 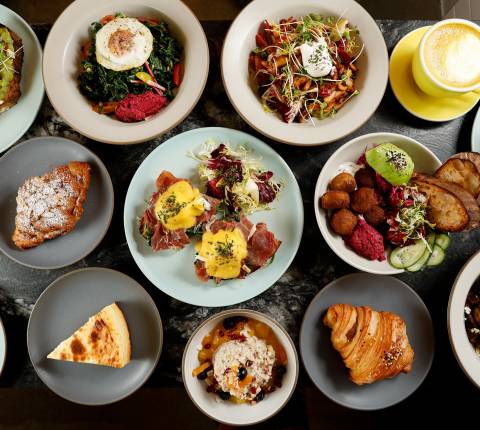 The 20 Most Popular Breakfasts in San Francisco 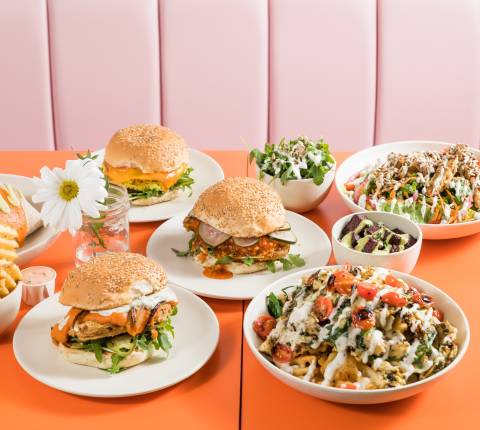 The 35 Most Popular Sushi Spots in Philadelphia