For Chef Calvin Eng, Every Dish Tells a Story 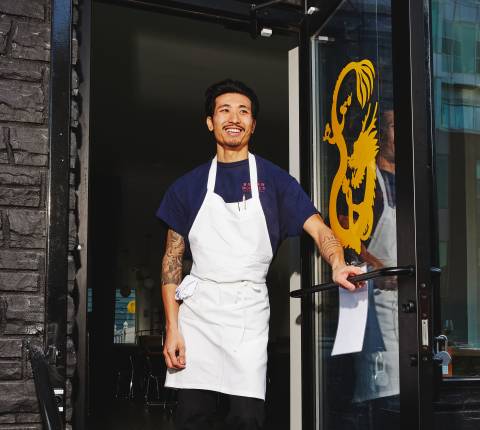 For chef Calvin Eng, the hardest thing about opening Bonnie’s, his wildly popular Cantonese-American restaurant in Williamsburg, wasn’t whittling down his notebooks filled with dish ideas to the 20 or so that appear on the menu, or waiting for the gas to be turned on, or throwing pop-ups serving raw-bar items and ice-cold cocktails in the interim. It was this: Talking to media folks about Bonnie’s. It required him to do something that is relatively new for him: sharing his Cantonese-American heritage.

Growing up as a kid in Bay Ridge, a neighborhood then predominantly Irish, Greek, and Italian, Eng was acutely aware of how different he was — how he was part of the one Asian family on the block, how he was the only one of his friends eating Chinese food and rice at home. “I was the odd one out,” Eng remembers. “I tried to fit in.”

It wasn’t until restaurateur Wilson Tang recruited him to help open the Nolita outpost of Nom Wah, the iconic Chinatown dim sum joint and tea parlor, that something changed. “Being in the kitchen with Wilson’s guys who speak Toisan, which is a dying dialect, and them thinking it was the coolest thing in the world that I could speak it, and being able to revisit grocery stores or medicinal shops or just walking down Mott Street, things that I hated doing as a kid — I found inspiration,” Eng says. “That was the turning point.”

From there he went to work under chef Jonathan Wu at Nom Wah Tu, where his eyes were opened to weaving fine-dining techniques with Chinese flavors, and Win Son, where he saw chef Trigg Brown and owner Josh Ku imbue their Taiwanese menu with their education. He took these experiences to heart as he began working on Bonnie’s.

“Our mission from the beginning was to educate people on what Cantonese food is and what it could be,” Eng shares. “I always say good food is good, but great food has a story.”

And he’s eager to share these stories through Bonnie’s menu. The steamed egg custard is his mom’s recipe (she is Bonnie!) and the salty-sweet black bean sauce drizzled over it is inspired by what he ate at family-style banquet meals in Manhattan’s Chinatown. Eng’s childhood love of McDonald’s and Cantonese roast meats led to the cha siu McRib: steamed ribs that are glazed in a sticky-sweet sauce. His mom’s favorite dish, though, is the filet-o-fish. It’s made with fish and shrimp sausage is into a patty, griddled, and served with gingery tartar sauce and American cheese, all on a potato bun.

“I didn’t think I would pursue Cantonese food ever, but now I feel the need and responsibility to pursue it and take it further,” Eng shares. “I say yes to every interview.” 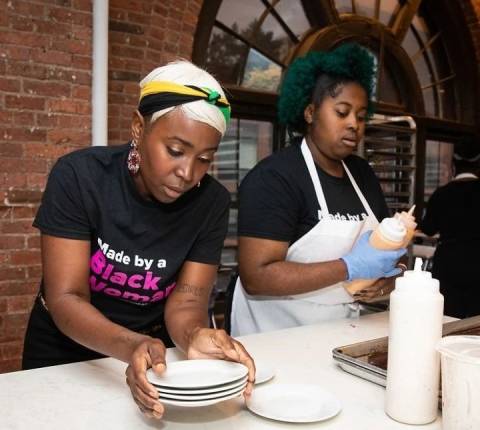 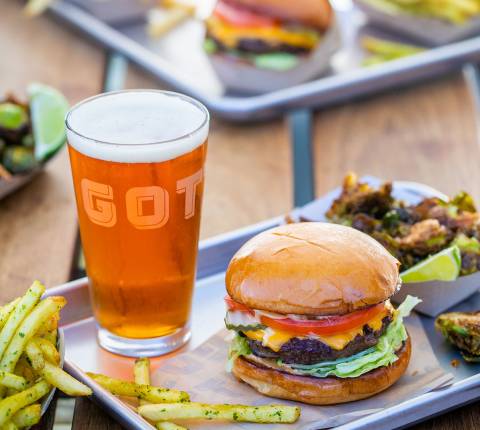 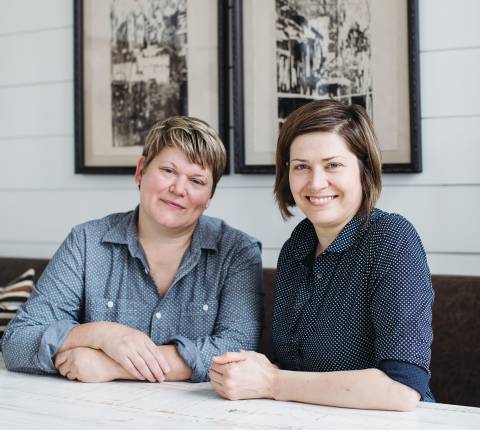