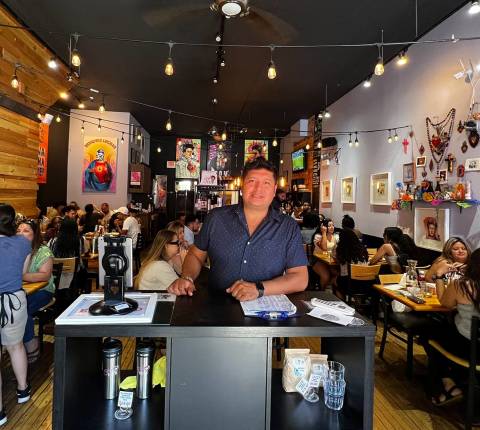 When Monica Diaz started working in the family restaurant, Frida Room, in Pilsen, she helped pack orders for carryout after school. But instead of working her way through the front of the house, she had a better position in mind: social media manager. Thanks in large part to the smart, appetizing Instagram account she maintains, Frida Room has attracted a robust fan base who love its homey Latino brunch, creative coffee drinks, and funky decor, which pays homage to such aspects of Mexican culture as Lucha Libre wrestling, skateboarding, and Frida Kahlo, the restaurant’s namesake.

“Pilsen is the art district now,” says Monica’s dad, Angel Diaz. “We get tourists from all over who come to see the National Museum of Mexican Art and then come here for lunch or brunch. I’m amazed how many people we get from the suburbs who’ve heard about us. It’s the mix of people that I love.” Angel gives credit to Monica’s online efforts.  “I let her do whatever she thinks is good for the business,” says Angel.

Angel grew up in his grandparents’ house in Mexico City. His grandfather, a long-distance bus driver, was frequently absent so he spent a lot of time sitting at the kitchen table with his abuela, Josephina. “She was always feeding me these amazing recipes,” he recalls. In particular, he loved her open-faced breakfast sandwiches called molletes, spread with enfrijoladas and cheese.

At the age of 14, he set out for Chicago to join his uncle who had already emigrated, and settled in Wrigleyville. “It was amazing!” he remembers of the sights and sounds of his new home. “I knew this was my place. This is where I wanted to be.”

"I’m amazed how many people we get from the suburbs who’ve heard about us. It’s the mix of people that I love.”

He worked hard, first as a contractor for a communications company, then as an owner of several cell phone stores. Eventually, he began following his passion and booking alternative Mexican bands in venues throughout Chicago. In 2015, he bought a breakfast spot in the heart of Pilsen’s Latin-proud thicket of bars, restaurants, galleries, and flower shops and set to work developing a menu based on his favorite dishes prepared by his grandmother.

Josephina was wary of air travel and refused to come to Chicago, so they began a long series of nighttime calls when she walked him through her recipes. He learned to make her enfrijoladas and sought out the right kind of Mexican crema for chilaquiles.

As Angel developed the menu, he made sure to combine both Mexican and American breakfast and lunch dishes in order to attract as diverse a crowd as possible. Josephina’s recipes for enchiladas verdes con huevos, chilaquiles, huevos rancheros, and especially molletes — the most popular dish by far — occupy one portion of the menu, while strawberry-banana pancakes, yogurt parfaits, and potato skillets take over another. At lunch, burgers and paninis join the party. Espresso drinks here are unique: Think Aztec lattè with chocolate, cinnamon, and a bare dusting of black pepper.

Recently, Angel has opened the restaurant to a permanent evening pop-up called Frida de Noche, a collaboration with chef Christian Orozco, who brings fine-dining swag and a tasting menu format on Thursdays to Saturdays. “It’s a different vibe at dinner,” Angel says.

Most days you’ll find Angel all over the restaurant — cooking, seating guests, clearing tables, chatting with regulars. You won’t find Monica, however, who has moved to California to pursue her education. But she still stays busy online, curating Frida Room’s charming feed and reposting TikToks made by happy guests.

“She’s my love,” says Angel, “the love of my life. She’s always there for me when I need her." 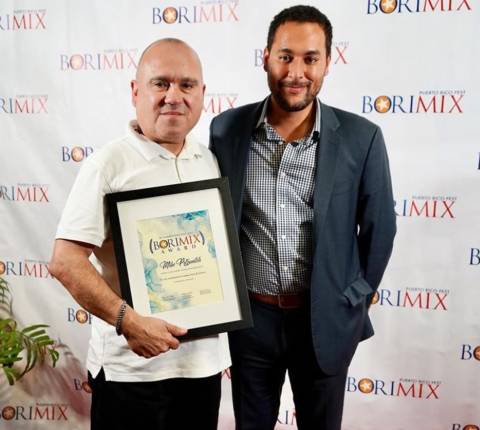 With Que Chevere, Mike Petrovich is Going Back to His Puerto Rican Roots 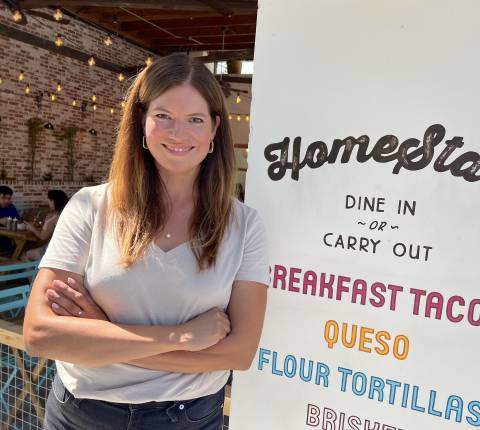 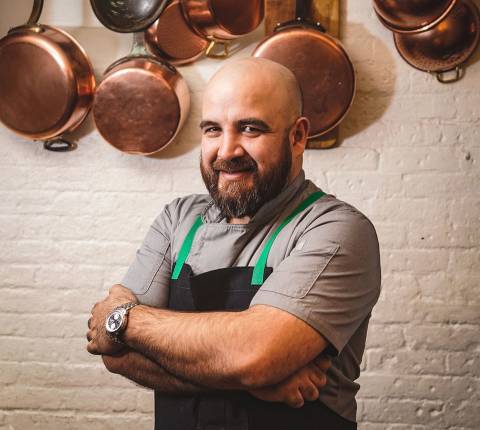 A Decade in at Casa Enrique, Chef Cosme Aguilar Looks Back