It’s Hot Out. You Need Some Ice Cream Delivered.

Our top picks for ice cream delivery from coast to coast. So now that it’s officially sweltering out and we’re huddling around our AC units looking for any sort of way to cool off, we knew before you did that you needed a pint from Morgenstern’s on your doorstep. There has never been a better time to eat ice cream, really and truly. Now you can have everything from Jeni’s inspired sweet-tart Brambleberry Crisp to Pierre’s ultra-classic Chocolate Chip Cookie Dough, and our personal favorite, Van Leeuwen’s Oatmilk Passion Fruit Layer Cake, delivered right to your door. You’re allowed unlimited sampling when it comes from your freezer.

These vendors all ship nationwide. This ice cream’s home base is Southern California — sunny Newport Beach, to be exact. It is veteran-owned-and-operated, and their flavors tend to skew local and niche. Think flavors like the coffee-infused Bean Mi or Closed on Sunday, vanilla bean ice cream that’s rippled with lemon zest and a housemade California lemon curd. Choose from one of their three bundles which come packed with six pints that range from the Classic — a combination of the usual suspects like French Vanilla and Cookies N Cream — or the Tea, which is ever-changing and filled with limited-edition and seasonal flavors. Or, go with the Baby Boomer, packed with nostalgic classics like Butter Pecan and Rocky Road. Oh, and it’s 100% organic, too. Pierre’s has been a Cleveland staple for almost a century. They opened their doors in 1932 and make their ice cream fresh every day. They are still using the same recipe that founder Alexander “Pierre” Basset developed for all 235 flavors and products in rotation. They tend to keep it pretty classic flavor-wise. You can choose from two packages: the Choose Your Own Sorbet 6-Pint Cooler and the Choose Your Own Ice Cream Six 1.5-Quart Cooler. You can mix and match from dairy-free sorbets like chocolate, coconut, and lemon, and ice creams like Cherry Chip, Chocolate Chip Cookie Dough, and Strawberry Cheesecake. It takes us right back to childhood. Back in the ’90s, former Mayor Willie Brown declared Double Rainbow the official ice cream of San Francisco — so it must be good, right? This shop started as an idea by two friends during a hot Coney Island summer in the 1950s. In 1976 they realized their dream by opening their first San Francisco shop. Since then, they’ve been going strong with the same mission of making the most delicious ice cream with quality ingredients. You can sample the deliciousness by choosing from one of the four bundle options: four and eight packs of pints in both dairy and vegan options. Flavors include Chocolate & Vanilla Malt, Peanut Butter & Jelly, and Vanilla Mango Tango. The newest of the bunch, Morgenstern’s didn’t join the ice cream race until 2014. The newness definitely doesn’t mean their ice cream lacks in the luscious, rich, and creamy texture department. Nicholas Morgenstern came from the world of pastry, and he painstakingly perfected the texture of his frozen treats. Aesthetically, he was inspired by the classic American ice cream parlors of the 1950s; his flavors are anything but. With lots of options to choose from, we love the Choose Your Own 6-Pack since they have over 30 flavors. Salted Caramel Pretzel, Raspberry Lemongrass, and Cardamom Lemon Jam all sound great to us. Fun fact: You can also have one of their ice cream cakes delivered, and with flavors like Banana Salted Chocolate and Raspberry Green Tea Jelly, they are far beyond what you’ll find anywhere else on the internet or in the mall food court. Another New York favorite, this Brooklyn-born ice cream shop started as a cart in 2011 and now has expanded to locations on both coasts. They also are the proud holder of the title of largest ice cream producer in New York City. With their 15,000-square-foot facility in Red Hook, they have the ability to control every step of the process, like churning the dairy and making the mix-ins. Every detail is considered. With two options to have at your door ASAP, you are able to choose between the Our Classics Collection, with flavors like Ooey Gooey Butter Cake and Chocolate Milk & Cookies or, if you’re hosting a crowd, there’s the aptly named Party in a Box. It comes with six pints, but also all the fixings to have a birthday party — like party hats, temporary tattoos, and stickers — a parent or the ever-youthful person’s dream.

These ice creameries might not be available for nationwide shipping, but you’ll be able to find them in many states throughout the country. Founded in NYC in 2008 by three friends in their now-iconic yellow truck, they’ve spread across the country to have locations in New York, San Francisco, Los Angeles, Philadelphia, and Houston. Known for high-quality but simple ingredients, this brand uses only products you can pronounce — no weird gums, fillers, or additives. You won’t find any light or sugar-free ice cream here, since Van Leeuwen believes in indulgence; it’s good for mental health. With an ever-changing menu of flavors that range from classics like Salted Caramel to more seasonal ones like Wild Blueberry Shortcake to the outrageous Kraft Macaroni & Cheese, there is never a dull moment. Also one of the pioneers in the now uber-popular vegan ice cream movement, you can always count on at least 10 flavors in rotation with both oat milk and cashew bases. Ohio’s Jeni Britton Bauer has been making ice cream for two decades. She founded Jeni’s in 2002 after working in a bakery and having a serious hobby making perfume. Maybe not obvious, but she saw the connection between blending scented essential oils and making ice cream. It’s all about nuance, blending, and balancing. She’s committed to using whole ingredients and dairy from grass-pastured cows. Jeni’s is also a Certified B Corporation, meaning it meets serious standards of social and environmental performance. Responsibly sourced quality ingredients and a staff that is treated well are important parts of the business plan. For many reasons, you can feel good about ordering flavors like chocolatey Texas Sheet Cake, Coffee with Cream & Sugar, and Strawberry Buttermilk. Look for locations in Chicago, Atlanta, Los Angeles, Austin, and beyond. Salt & Straw is Oregon-born and-bred. After years of brainstorming an idea for a community gathering place, Kim Malek knew the solution would be in an ice cream shop. She cashed in her savings and recruited her cousin Tyler and got to work by buying an ice cream cart. Fast forward to 2022, and now they have locations in Portland, Los Angeles, San Francisco, Santa Clara, and Seattle. They love to keep things local and are constantly experimenting with flavors and ingredients, but they always keep at least 36 different flavors in rotation. Think flavors like Honey Lavender, Arbequina Olive Oil and, in our opinion the wildest, Pear & Blue Cheese. Who doesn’t love Ben & Jerry’s? The Vermont-founded fan favorite is always reliable for a menu balanced with classics as well as all sorts of crazy flavors. Founded in 1978 by two childhood friends, Ben Cohen and Jerry Greenfield, they opened their first location in a renovated gas station, and now they have locations all over the world — as far flung as Thailand and Trinidad and Tobago. With scoop shops throughout the country, you might be lucky enough to have one within our delivery distance, and if you do, the flavor options abound! Maybe a pint of chocolate-marshmallow Phish Food, or go non dairy with the sunflower seed butter-based Mint Chocolate Cookie. The best thing about B&J is that not only can you have their pints delivered, but they do sundaes and milkshakes, too. Decadent and delicious. 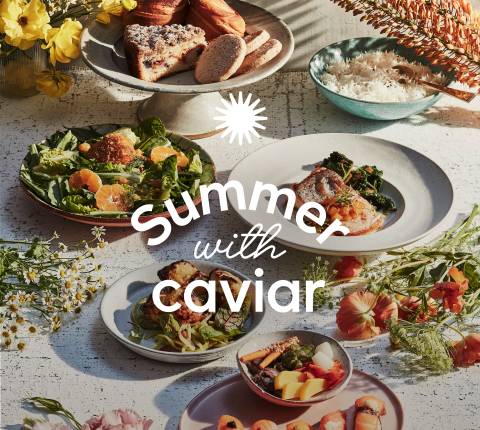 Soak Up Summer with Caviar Deals 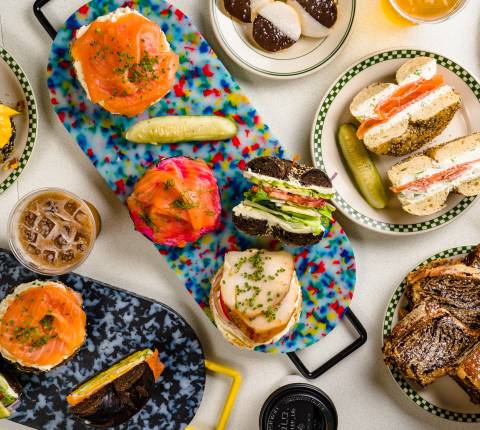 Try Our Limited-Edition Collabs with Rubirosa and Baz Bagel 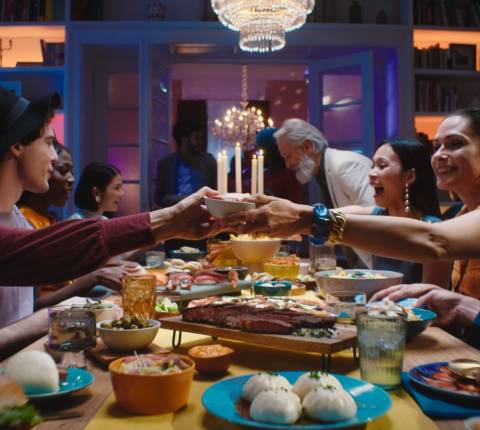