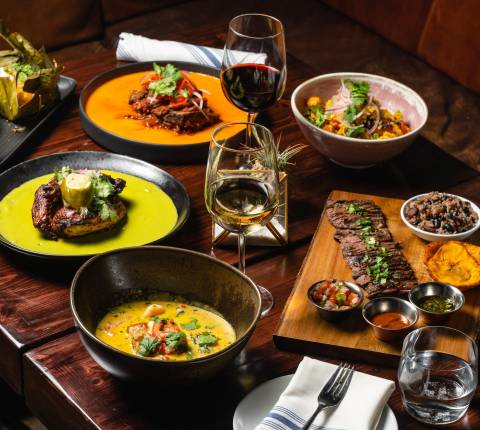 Anything can happen during the drag brunch at R House, a part restaurant, part performance space in Miami’s Wynwood neighborhood. A sequined performer in need of a refreshing cool-down might point to a carafe of water and proceed to pour it down her, ahem, behind. There will also be splits and feathers, backflips in big wigs, and more death drops than you can keep track of. This is the magic that co-owners and husbands Rocco Carulli and Owen Bale have conjured in their sprawling space. And it happened almost by accident. 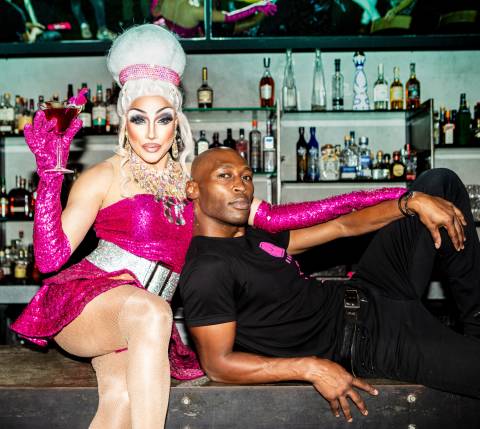 “I was telling Owen about drag brunches in P-town, and we decided to do a drag brunch to celebrate my birthday,” Carulli, the chef, remembers. “Somehow it all came together, and people loved it.”

Immediately, Carulli and Bale fielded questions of when the next drag brunch would be.

“I said once a month. Then we started doing it twice a month, then weekends, then Friday nights as well,” Carulli says. “It keeps getting bigger and bigger.”

For Wynwood Pride, June 10–12, 2022, they’re going all out, not only with a special lineup of drag queens, but with festive cocktails: the cheekily named Snatched, made of citrusy rum and St-Germain; Elegant Extravaganza, with smoky tequila, lime, and passionfruit; and Hun-Tea, a fizzy vodka drink starring black-tea-infused St-Germain. Carulli and Owen are accustomed to paving their own way forward. They were one of the first restaurants to open in Wynwood, with the goal of bringing to Miami the spirit of Provincetown, where Carulli had honed his skills as a chef. They merged art and food in one space like so many restaurants do in that New England hotspot. Recently, when they reopened R House after having to shut down during COVID, they decided to give the menu a new Latin-inspired focus in homage to Miami, their chosen hometown. 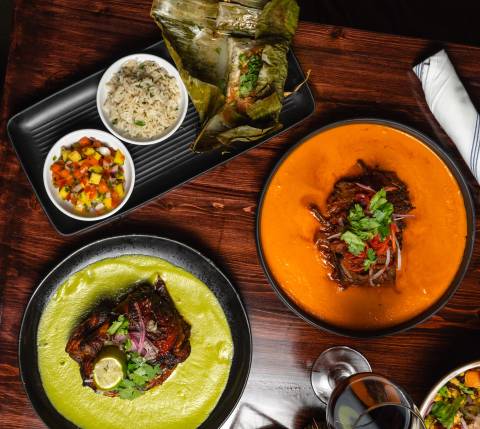 While formulating the menu, Carulli researched Latin foodways — reading books, consulting his Hondurian sous chef. He marinates the Peruvian-style chicken in a secret blend of spices before roasting and drizzling it with a creamy sauce made of jalapenos, cilantro, and feta. For the ropa vieja, he rubs coffee and chile powder on short ribs, then sears and braises them for hours until the meat shreds easily, and serves it with roasted tomatoes and a red pepper coulis. A Cuban customer gave it his stamp of approval, saying it was the best ropa vieja he ever had. 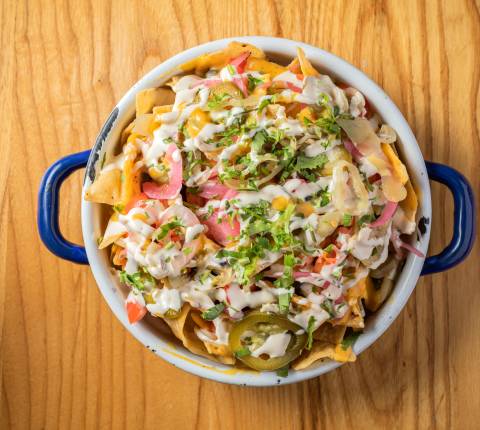 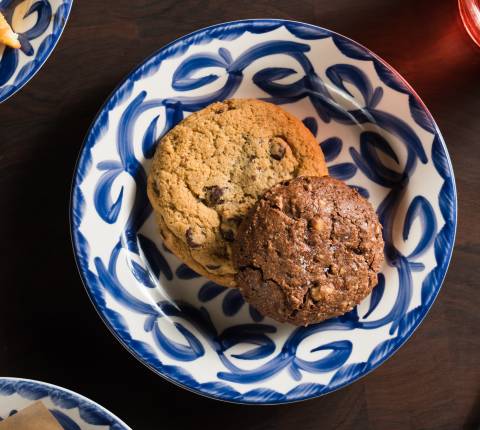 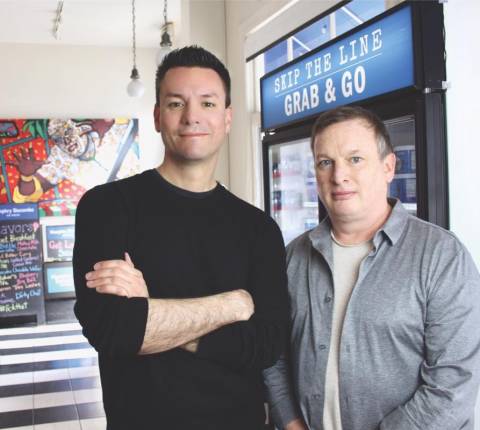