The Top 11 Healthy Dishes In Los Angeles On Caviar 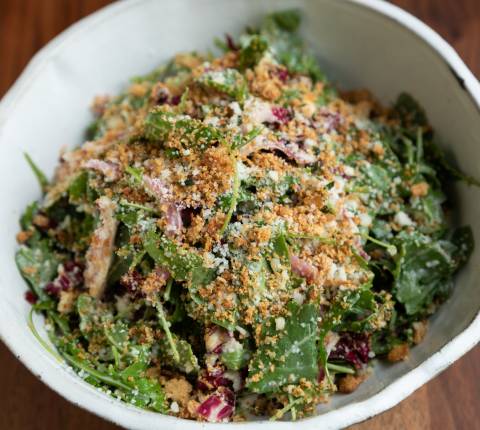 In L.A., “healthy” is a state of mind. We don’t really know what that means, but it sounds right. What we’re saying is, L.A. is a city known for green juices and kale chips but also taquerias and doughnut shops. So when you’ve had too much of the latter, the former comes through. Here are the 11 healthy dishes ordered most frequently on Caviar.

There’s a reason why you order the pho at Pho Cafe. It’s as classic as it gets, minus the meat. A light, savory broth filled with rice noodles and topped with tofu, mushrooms, bok choy, bean sprouts, and fresh herbs. We like to order a few extra lime wedges for an added pop, and maybe some extra herbs too.

Dune is known for having some of the best falafel in town, but don’t overlook their chicken. They make their pita in-house and use free-range birds, putting them a notch above the average souvlaki shop. The sandwich is topped with cucumber and tomato salad, feta, onions, greens, herbs, and a serious amount of tahini.

Most go to Triple Beam for the pizza and that wouldn’t be a mistake since their pies are at a New York level. Don’t ignore their Caesar though. They’re using the crispiest little gem instead of regular romaine. It’s filled with big chunks of funky shaved parm, pizza bread croutons, and a creamy housemade dressing.

Kitchen Mouse is paradise for the healthy-leaning, gluten-free, vegan, paleo, and-on-and-on crowd. We love most things on their menu, but the Morning Glory Bowl is classic. Its brown-rice base is topped with marinated kale, a chili-lemon dressing, cashew-mint chutney, and blistered shishitos. Get it finished with avocado or an egg or tofu scramble.

How can you not love the NPR host names at this Frogtown sandwich shop? They’ve got sandwiches named after Terry Gross, Kai Ryssdal, and Audie Cornish, but we have a soft spot for the Ira Glass. This veggie sandwich is on Bub & Grandma's sourdough and filled with avocado, cheddar, and a whole lotta sprouts. It’s as California as it gets.

There’s salad and then there’s Speranza’s fennel salad. This Silverlake Italian gem is taking high-quality ingredients and letting them shine. It’s shaved fennel and pear tossed with arugula, pine nuts, and horseradish. Of course the best salads come with cheese, and theirs is finished with lots of Parm.

California Chicken Cafe’s name says it all: It’s been churning out chicken since 1991. The dish that started it was this one. It’s a metaphorical kitchen sink of good stuff with white meat chicken, avocado, feta, carrots, peppers, tomatoes, broccoli, leaf lettuce, pita croutons, and rotini. Top it with one of ten different dressings; we like Chipotle the best.

Blair’s is the ultimate neighborhood restaurant. It’s been around for 20 years, and their menu is filled with comfort classics. But like any good underdog, the salad is what keeps us coming back. For their version of a Caesar, they use peppery arugula instead of romaine and top it with breadcrumbs and pickled onion for some extra punch.

Angelini Osteria & Alimentari first opened nearly 20 years ago right in the heart of West Hollywood and has been bringing traditional Italian to Angelenos ever since. We love the pastas, but no order is complete without an arugula salad. It’s perfectly simple: only greens, tomatoes and the best shaved Parmesan. Less is more.

Gingergrass is a Silverlake favorite, with casual Vietnamese food that keeps locals fed. The chicken salad is a perfect meal: It’s got free-range chicken, crisp napa cabbage, frisée, red pepper, onion and pickled shallots. The toppings of roasted peanuts, crispy shallots, and peanut vinaigrette keep it in our regular rotation.

Grá is cool, very cool. With a menu filled with wood-fired pizza, natural wine, and pickles (!!) we truly never get bored. Maybe it’s the familiar celery-ness of the lovage or the herby crème fraîche dressing, but the lettuce & lovage salad is always in our order. Getting in your greens has never tasted so good. 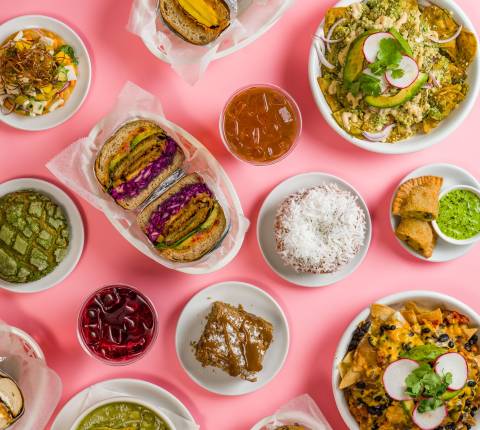 Vegan Takeout Is Better than Ever 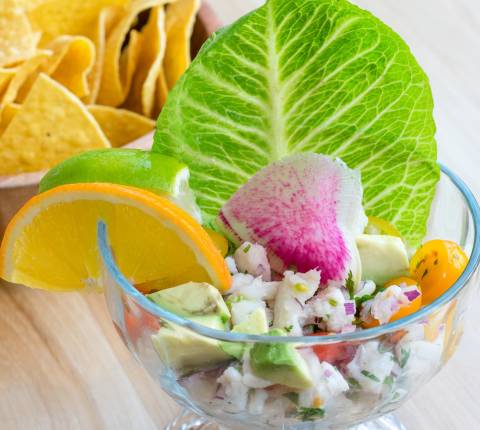 Your Cuisine-Specific Guide to Healthy Takeout 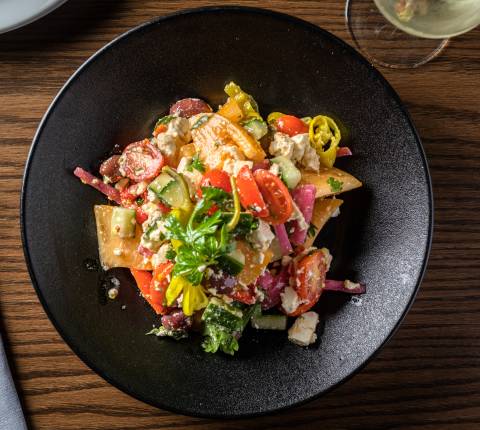 Your Guide to Immunity-Boosting Foods on Caviar