Follow these rules to upgrade your order at any sushi restaurant. 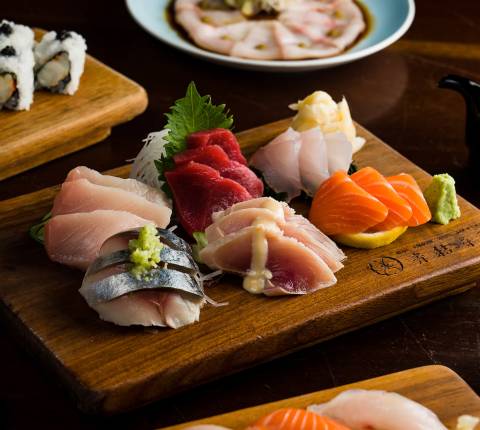 Chances are, if you order food from a quality restaurant that employs a talented chef, you will end up with a good meal. But there’s one thing missing from this equation to make it fail-safe: savvy ordering. Learning how to navigate a menu is a worthy skill, especially in restaurants that offer a dizzying amount of choices. And making the right choices can mean the difference between a good dinner and a great one.

To help you get the most out of your next sushi order, we recruited chef Kazutaka “Kaz” Iimori, executive chef of Blue Ribbon Sushi Restaurants, with restaurants all over the country, including in New York, Miami, Los Angeles and Las Vegas, and Akiko Katayama, host and producer of the Japan Eats! podcast and author of A Complete Guide to Japanese Cuisine. Follow their invaluable advice.

To put together your own sushi feast, Katayama recommends starting with some small dishes, such as edamame, shumai, and sashimi, to whet the appetite before moving on to the sushi. “In Japan, sashimi is always eaten before sushi,” Katayama says. “Some people start with just sashimi, but I like ordering both sashimi and snacks to start.”

True sushi lovers place their trust in the hands of the chef. That’s why they often order omakase (translation: I leave it up to you). There’s nothing like a multi-course meal created by the chef, which is why chef Kaz suggests ordering the omakase if it’s available. “At home, you miss out on the interaction of the chef presenting the meal piece by piece,” he says. “But many sushi chefs will offer their selected omakase platter to-go.” If an omakase is not available, chef Kaz says go for the next best thing: the set meal, “which will also present the best that the chef has to offer.”

If omakase isn’t on the menu (or in your budget), you can still create a perfect combination of nigiri, or pieces of fish served on top of vinegared rice. Katayama says the ideal nigiri order is made up of one or two pieces each of the following: shiromi, light colored/white-fleshed fish such as snapper (tai); hikarimono, shiny fish such as mackerel (saba); kai, shellfish such as scallop (hotate); akami, lean red fish such as maguro tuna; fattier tunas such as chutoro and otoro; sturdier fish such as eel (unagi); textural bites such as sea urchin (uni) and salmon roe (ikura). A piece of tamago (egg) always signals the end of a sushi procession.

“This is not only what to get, this is the order in which you should eat the sushi, which is important,” Katayama says. “Start with the lighter sushi and move on to the more substantial fish, just like you would start with a light-bodied white wine before getting into heavier red wines and, finally, dessert wine. If you stick to this progression, you will maximize your experience.”

Another reason that Katayama endorses variety: respect. “Don’t order a ton of tuna, for example. There is a limited amount of the best fish from the market and the chef has to allocate so there is enough for everyone. If you order the whole supply of otoro just because you like it, you are not being respectful to the chef and other customers.” Chef Kaz also reminds us that for best enjoyment, think before you dunk that piece in soy sauce. “Just make sure the chef hasn’t already seasoned it, because otherwise you might throw off the flavoring.”

After finishing the nigiri, maki (sushi rolls) and temaki (hand rolls) come next. “Order one or two rolls of your choice to finish,” Katayama says. And while uramaki — a.k.a. inside out rolls — are not traditionally Japanese, Katayama likes them, she says, “because you can really taste the rice, something that a sushi chef takes much pride in.”

Temaki, or hand rolls, are always saved for last. They are meant to be eaten as freshly as possible, so chef Kaz has a hack. “See if you can ask for the sushi rice on the side, the sashimi on the side, and the seaweed on the side so that you can make your own,” he says. “You can even add cucumber or microgreens, whatever you have at home. Just assemble it all yourself, putting the rice, fish, and whatever else into the seaweed, folding it into a cone, and eating right away. If you order it DIY-style, the temaki won’t be messy or soggy when it arrives.”

Miso soup completes the ultimate sushi feast, says Katayama. “It helps give you good gut bacteria to help your digestion.” But skip ordering it, says chef Kaz, if the miso soup is not made with a proper dashi broth, something you could ask the next time you’re in the restaurant. “Some places will just mix miso and water. That’s not worth paying for.”

Katayama says that beer tastes great with sushi, and green tea is great for digestion, but there’s no pairing quite like sake. “Sake is made of rice, so it has the perfect matching components to sushi.”

While sushi snobs at a restaurant might give you the side-eye if you use chopsticks (sushi is meant to be eaten with the hands), pile on the ginger, or overdo it with the wasabi and soy sauce, both chef Kaz and Katayama agree not to sweat the etiquette. “You’re at home, where nobody is judging you,” Katayama says. “So enjoy it as you wish.” Chef Kaz adds, “Do whatever you want. There are no rules in your own home. The point is for you to have fun and enjoy your meal!” 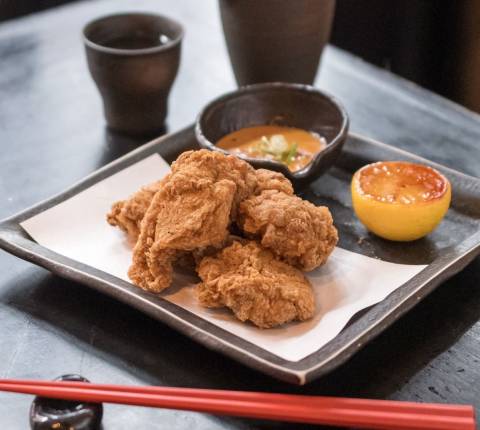 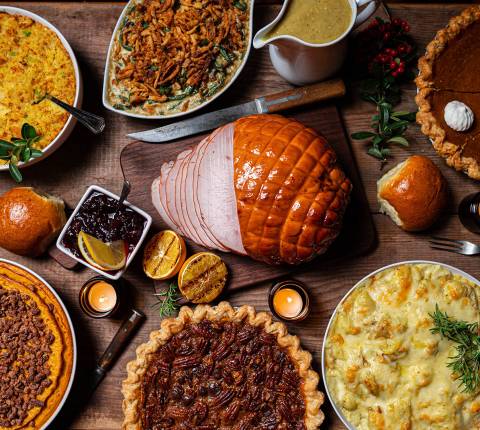 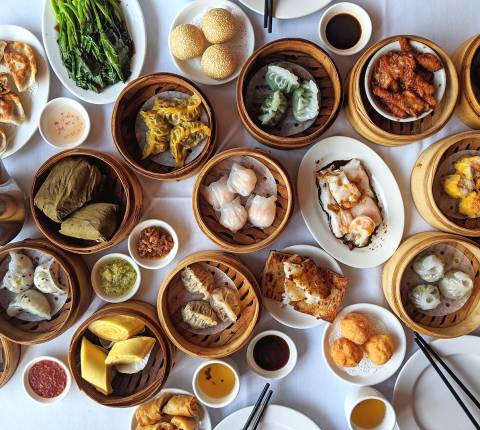